Matchday 6 saw the Terrigal BPL squad go up against newly promoted Umina United at Umina Oval. Coming off a 9-point matchday against the other newly promoted club, Woy Woy FC, the squad was keen to continue this rise in form and takeaway the full suite of points on offer away from home.

With a strong start by the 21’s winning 5-nil, Reserve Grade then followed up with a 2-nil win which only left First Grade to bring it home which they did by 4 goals to nil to give the squad their second consecutive 9-point matchday! As well as collecting all 9 points, the squad were able to keep 3 clean sheets which is a phenomenal effort by the lads. Each grade now sit in the top 4 of their respective grades, and gives the squad a huge boost to fight for the Club Championship.

Below is a match report on each grade:

Terrigal maintained their unbeaten run with an impressive 4-0 victory over Umina.

Terrigal were sharp right from the off but couldn’t find the back of the net in the first half hour with numerous goal scoring chances.

If took a fine through ball for Terrigal to break the deadlock when Conor Wilkinson broke through to slot past the keeper. 2 minutes before half time, Anthony Pace found himself with time in the box to slot home the second and minutes later, Max Vegter scored from a corner to score his second goal in 2 games to make it a comfortable 3-0 half time Scoreline.

Terrigal came out of the blocks again in the second half and 5 minutes in Anthony Pace scored his second and Terrigals 4th with some fine work and ball into the box from Zach Allen.

Umina battled to the end but Terrigal could have added to their tally but missed opportunities in front of goal.

Ressies looked to build on the momentum of the last three weeks and also gain an important victory over a side that was around them on the table. From the outset, Terrigal was a class above Umina, dominating possession, field position and chances on goal. The front four of Alex Ford, Chris Altuneg, Jack Rodger and Billy Holder were creating havoc but unfortunately could not convert the numerous chances or a penalty kick. As is normally the case, the last 15 minutes of the half consisted of the lads losing a little concentration and turning over possession easily which allowed Umina to gain some confidence without really threatening our goal. Seemingly against the run of play, the lads counter attacked with some slick ball movement and new recruit Gussy received the ball on the edge of the area and rifled the ball into the lower corner of the net from range. 1-0 at half time.

The second half carried on the theme of the beginning of the first half with Terrigal’s superior fitness, structure, technique and game play not allowing their opponents a sniff. Once again, chance after chance was turned away by the impressive Umina keeper until William Holder converted a penalty which he had won. The impressive performance of the lads was not reflected in the final scoreline of 2-0 but the victory catapulted us up the table to fourth. Matches over the next four weeks offer the chance for the Ressies to put some pressure on the top two as well as create some space between the top four and the rest of the competition.

Terrigal 21s headed into this tough fixture down on troops needing to rely on Noah Nicholls and Daniel Rosine from M16A to help out.

The young orange and black started the game positively and dominated possession as Umina allowed us to setup camp in their half for the opening 15minutes.

After some impressive wing play around the half way mark by Bailey Quayle and Jarrod Pryde the boys moved the ball up to the bi-line via Josh Reed who linked up with Bailey to cross in for our captain, JP, to score his first goal of the season. 18mins gone Terrigal 1 – Umina 0.

After the goal, the boys lost a bit of concentration letting Umina back into the game and were lucky not to concede. The boys were able to regain their focus and got the ball back in the deck playing around the opponents into attacking positions.

A quick fire double from Jay Panopoulos and Reedy got us 3 up and well in control of the match.

Halftime came at a good to time to re-evaluate, concentration being the second half focus to bring the 3 points back to Duffy’s.

Not too far in, Judah Mills got on the scoresheet with a tidy finish via Reedy’s pin point through ball.

In cruise control now, a lovely ball in from Matthew Roper allowed Spiros Depountis to finish and completing the prolific display giving us a 5-0 win and 3 valuable points to stay equal first with Killarney. 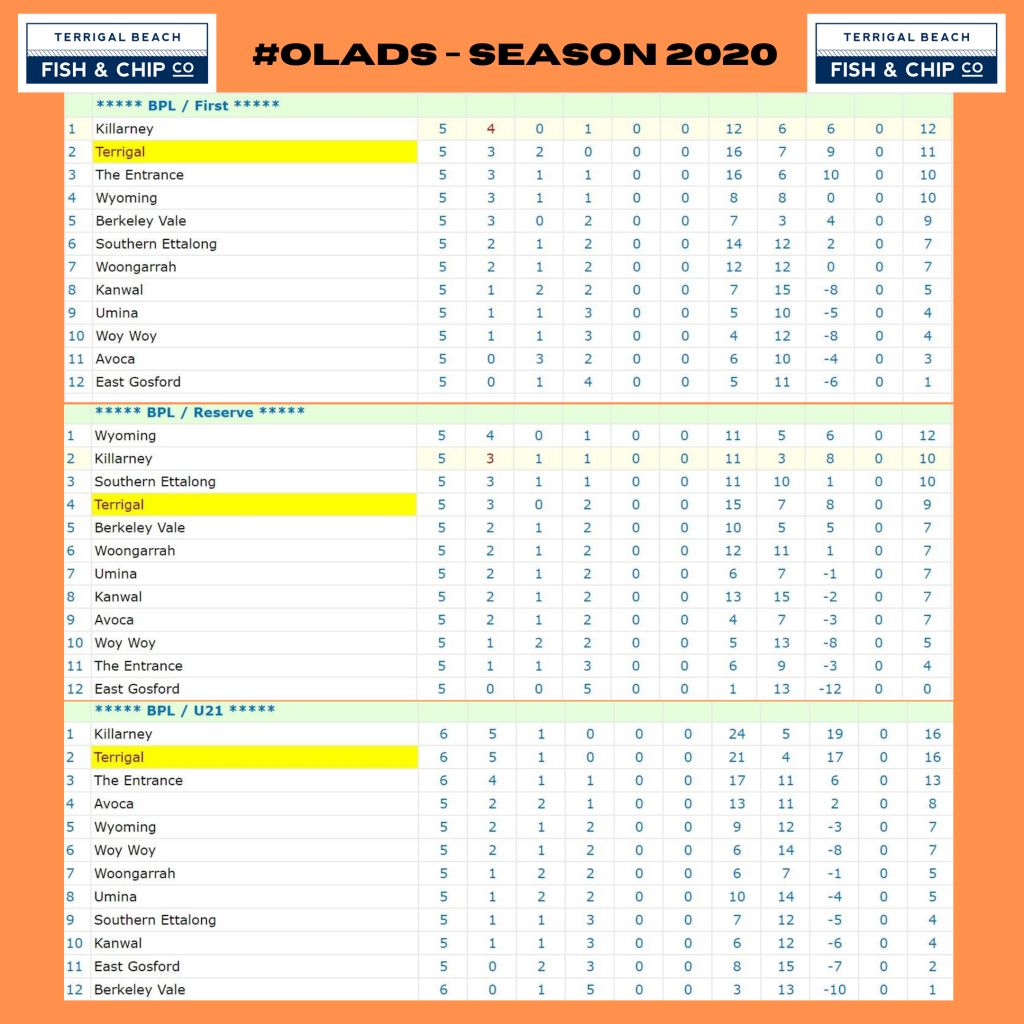 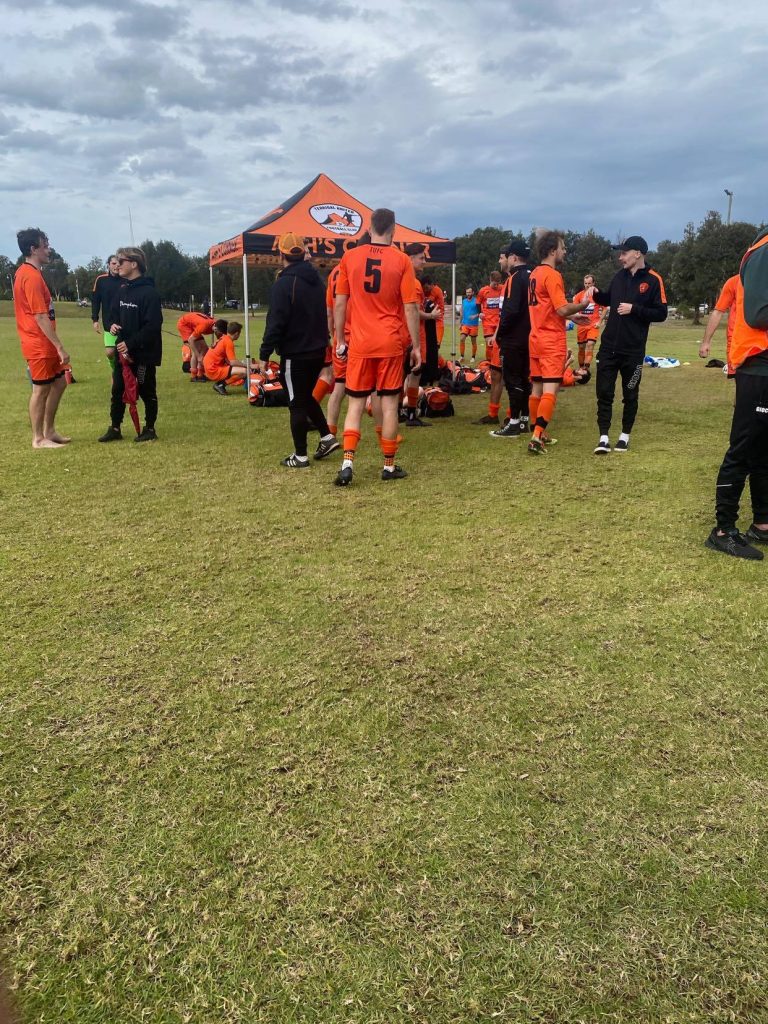 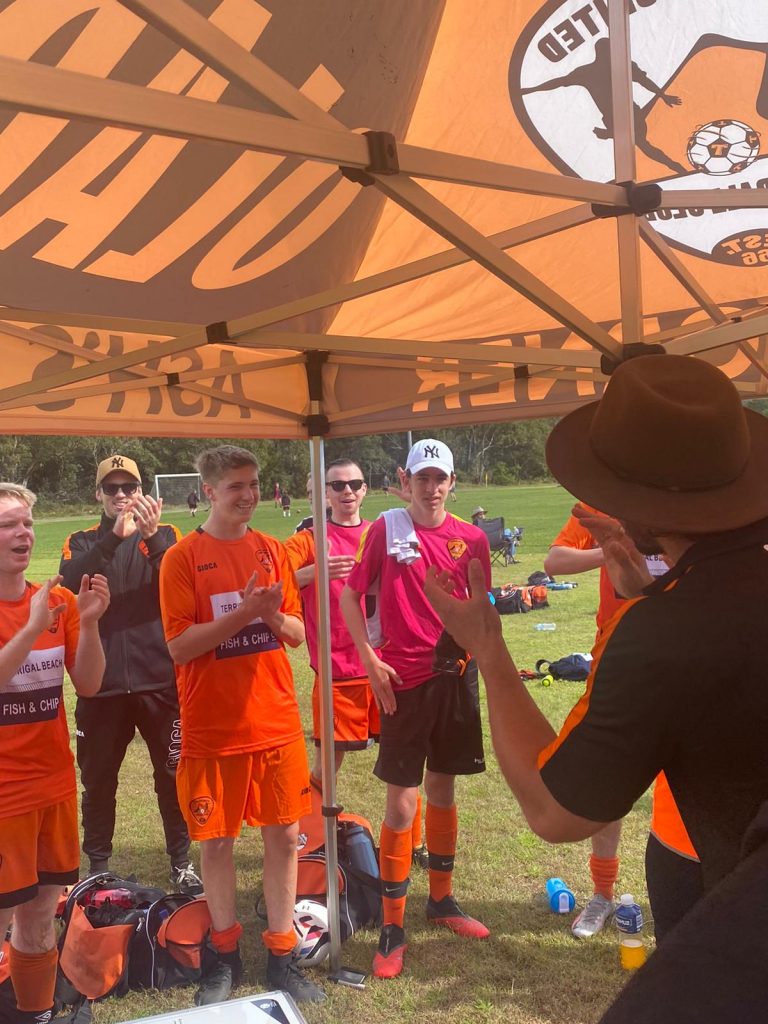 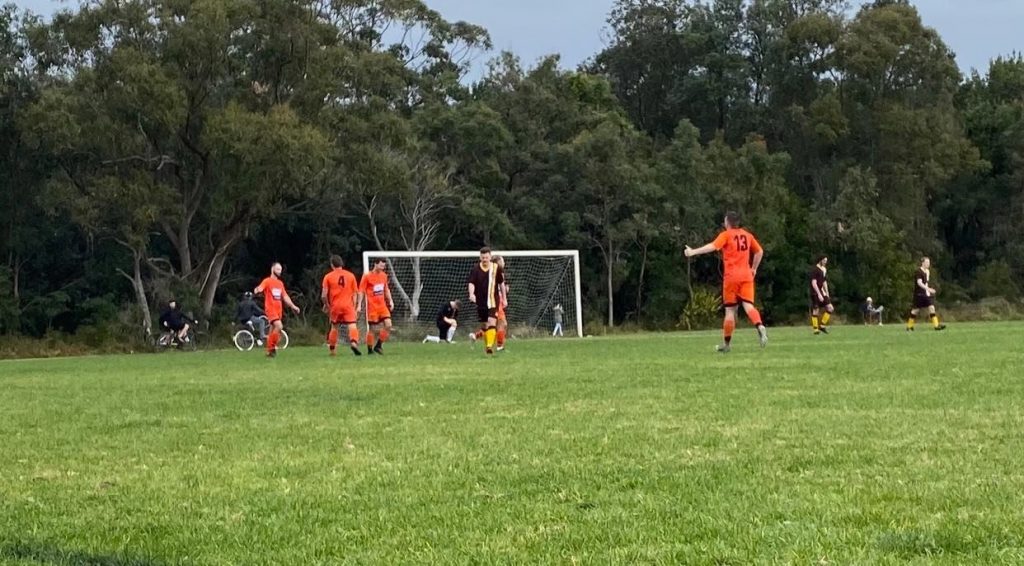