Sunday shaped up to be a boomer of a day after a week of threatening conditions. The girls were pumped and ready to go although a little nervous as Gosford are a strong and conditioned squad.

First half the girls struggled to find form against a very dominant Gosford squad who came out firing from the beginning. The grounds were less than ideal with very muddy, slippery sections – particularly in TUFC girls half.

At half time the referee made the call to switch fields to Terrigal 2 field being it was in better condition, so by the time approval was given and nets set up, it dragged the start of the 2nd half out by half an hour.

TUFC  girls found their mojo in the second half, with a strong back line from Brooke, Kate, Mia and Remi denying Gosford girls many shots on.  Not long into the second half Casey ran the ball up the line, weaving the ball in and out with some amazing footwork to take a shot on and score TUFC’s first and only goal of the game.

Very strong play in the mids from Wrigs, Holly and Georgah and on the wing from Casey  throughout the whole game. A huge thank you to Brooke, Casey and Ruby from WAA1 for once again stepping up and supporting the girls.

It was a disappointing loss of 5 to 1 on the day but onwards and upwards for next week against Kariong. 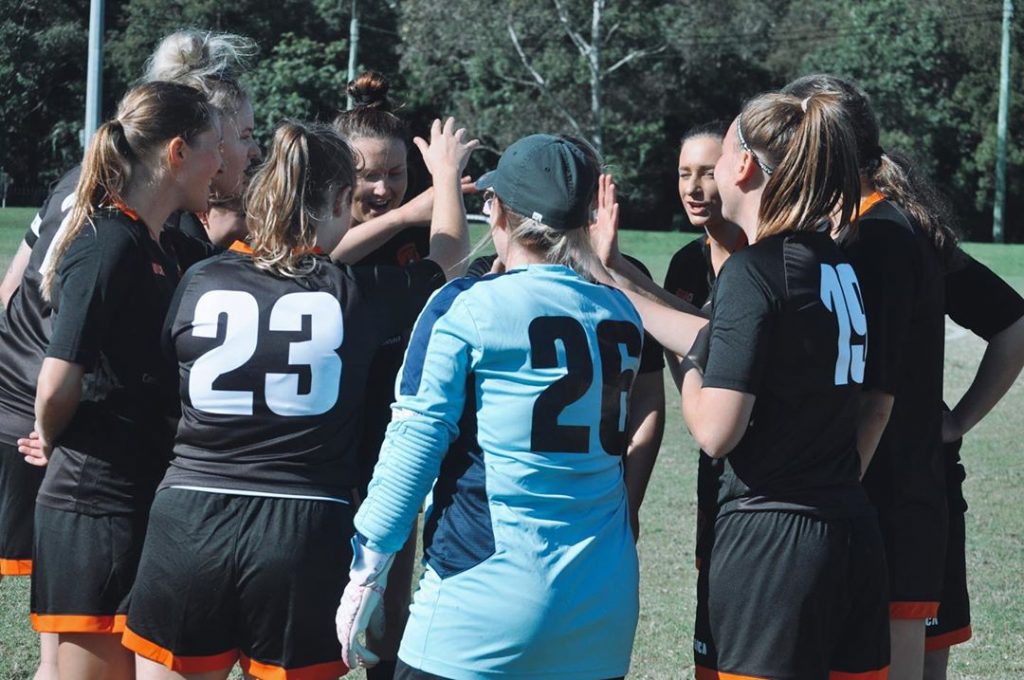